From a fellow Studio Owner – a gracious perspective

An open apology to the women who were abused by Bikram Choudhury.

A Los Angeles jury recently found Bikram Choudhury liable for $924,500 in compensatory damages after finding he had subjected an employee to harassment and retaliation. The same jury later hit him with a punitive award of $6,400,000 for just generally acting like a despicable human being. There are several more women who have lawsuits outstanding that accuse him of sexual harassment and rape.

While I am a certified Bikram Yoga instructor I am not currently affiliated with him or his company, Bikram Yoga, Inc. (BYI). I met him in 2000, became a certified Bikram Yoga instructor in 2001 and continued to have some limited contact and association with BYI through early 2013, when I learned about the allegations about sexual harassment and rape. My studio, Still Hot Yoga, formerly known as Bikram Yoga Decatur, operated under an Affiliation Agreement with BYI from September, 2002 – March, 2003 and again from May, 2012 – April, 2013. Between March, 2003 and May, 2012, I was informally associated with BYI but operated without any kind of license or agreement. I ended all ties BYI, informal or otherwise, in May, 2013.

When I met Bikram, I didn’t like him. He came across as an arrogant and ostentatious egomaniac. But the yoga series that bears his name brought me such profound physical, mental and emotional benefits I begrudgingly entered his nine week teacher training program. During those weeks, I met another Bikram. I discovered that, like the rest of us, Bikram had a lot of dimensions. I saw him be kind, compassionate, encouraging and even, occasionally, inspiring. He could be funny, endearing and lighthearted just as often as he could be serious, passionate and stern. I especially liked his vulgarity because it seemed transparently done for effect. He was a consummate entertainer and gadfly and, while I never developed anything more than a casual acquaintance with him, by the end of my nine weeks, I was not only grateful to him for bringing this unique and powerful yoga practice into my life but I also felt some fondness for him.

What’s clear in retrospect was that I was also a witness to the intermediate stages of a cult being formed around Bikram. I want so say, “early stages” because I honestly didn’t realize what I was seeing at the time but also because that phrasing might let me paint myself as less of a participant than I might actually have been. This is not to say that I ever saw Bikram as a guru, nor myself as a follower or seeker of one. I was never at risk of losing my identity or surrendering my will to a cult or even a dogma. I was a participant by looking the other way and not speaking out when I saw behavior that should have alerted me to the unwholesome nature of what was happening.

This is a difficult admission to make and one that too many people are still refusing to: with my complicity, even if only in the form of non-action, I must assume some of the responsibility for allowing — enabling — the abuse to take place. I am deeply sorry for my failure to speak out against the inappropriate behavior I witnessed. I never witnessed or heard about anything of a sexual nature but I did see Bikram act verbally and emotionally abusive to some of his trainees. I also saw a lot of people fawning over him and treating him like the rock star guru he was trying to be. There was ample evidence that the ethical boundaries required between a teacher and his students were nonexistent. I regret that I just wrote it all off as weird and eccentric and that I didn’t recognize the dangerous precedent that was being set by all of us who chose not to say, “this is neither acceptable nor appropriate.”

And now may I present to you my rationalizations and excuses? The urge to do so is strong but I’ll spare you most of them. The most pertinent piece of information that I offer as context, if not excuse, is that I was not yet ‘out’ as a survivor of childhood rape, not even fully to myself. As someone who spent most of his life operating in survival mode I entered the training program, and the Bikram Yoga community at large, with a great amount of detachment. I saw myself as an outsider who was there with one purpose: to get a certificate that would enable me to lead Bikram Yoga classes.

It’s only looking back now, after several more years of therapy, that I am able to see how closely the dysfunction surrounding Bikram mirrored my early family experiences where abusive behavior was as evident as it was unacknowledged and that I continued as an adult to operate with the same coping skills and beliefs I learned as a child: keep to yourself, don’t make waves, the only safety is in isolation. One stark difference that was a contributing factor in my moral blindness was that, while in my family the children had no choice in our circumstances, here were large numbers of adults (myself included) lining up and paying thousands of dollars to subject themselves to the moods and whims of a once inspiring teacher who was beginning to act like a petty tyrant. But maniacal gurus aren’t born, they’re made, and almost everyone in the Bikram Yoga community, who wasn’t victimized by him, shares at least some of the responsibility for the current state of affairs.

Benjamin Lorr, in his book, Hell Bent, suggests that Bikram suffers from a narcissistic personality disorder. It’s a handy Western explanation for Bikram’s bad behavior but I believe the truth is probably more complicated. As much as Bikram likes to compare himself to Jesus, I believe that when he arrived in the US he was a fairly innocent, possibly even humble, human being. In the video clips I see of him from the 60’s and 70’s he comes across as charming and sincere. His extravagant boasts about the powers of yoga sound like motivational hyperbole. It’s a shame he landed in Hollywood instead of Greenwich Village. When Bikram talks about his yoga method being a synthesis of Indian and American cultures, the American culture he apparently has in mind is the shallow narcissism of LA.

Just as gurus aren’t born, social standing and power aren’t innate, they are bestowed. In other words, we get the gurus we deserve. I want to be explicitly clear here that I am not suggesting that anyone who was abused or victimized by Bikram deserved it. Sexual harassment and rape are abuses of power and there are no circumstances in which it is ever justifiable or excusable for someone who holds power over an individual, in whatever shape that may assume, to take advantage of or harm them. The ‘we’ above refers to the rest of us, accomplices, sycophants and passive enablers alike. Gurus can’t exist without followers. We can argue degrees or percentages but we can’t deny that Bikram’s throne was purchased and adorned by a lot of people.

The supreme and tragic irony in all this is that it took those women who lost the most to finally expose the guru’s invisible cloak. The very women who we should have spoken up for or protected are now rescuing us from our complicity of silence by standing up for themselves and demanding to be heard. They have done so at great risk and have suffered even more for it. I applaud their courage and I hope they all find some kind of justice or resolution.

Written by Eric
I practice and teach hot yoga in the method originated by Bishnu Charan Ghosh, acclaimed Indian physical culturist, as passed down by his students — Bikram Choudhury and Tony Sanchez. I hold certifications from Bikram, Inc. (2001) and the Yogic Physical Culture Academy (2013). I began Still Hot Yoga in 2002 under the name Bikram Yoga Decatur. 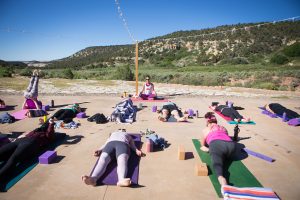 Are Yoga Retreats Worth It? 5 Reasons We Think So

Previous Next Have you been considering a yoga retreat but are wondering if it’s worth it? Whether you’re new to yoga or have been practicing 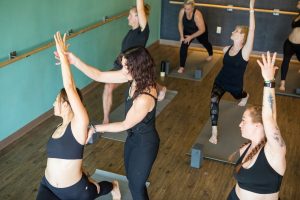 Yearning to Take Your Practice to the Next Level? 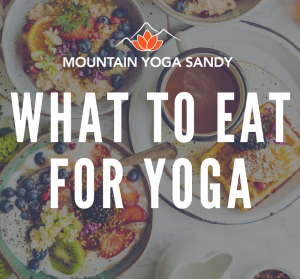 What to Eat Before & After Hot Yoga

With so many options, it can be hard to know what to eat before yoga. You want enough to fuel you through the class, but not so much that your stomach ends up not agreeing with you. One crucial aspect of yoga is to be mindful- on and off the mat- and that applies to what you eat, too!