Have you heard that joke about how it would be nice to go to yoga and sleep? Well you will be pleasantly surprised to learn that sleep yoga exists. It’s called Yoga Nidra (Yoga Sleep) and Mountain Yoga offers it at the studio!

Yoga Nidra is not easily defined but it is a state of consciousness between waking and sleeping which is typically induced through guided meditation.  However, there are some differences in Yoga Nidra vs. meditation.

In meditation, you typically concentrate on a single focused thought and it is typically done while in a comfortable sitting position with a straight spine.

In Yoga Nidra, you remain in a state of light withdrawal of the 5 senses (four of them are internalized) and it is typically done while lying down, occasionally using props for support.

To fully understand it is to try it! But a little sneak peek into the practice:

Yoga Nidra teachers typically follow a script to get you to that state of “going-to-sleep.” Within the script you are introduced to the word Sankalpa, an intention affirmation based on your heart’s longing. You will internalize it with a positive statement in the present tense, as though it’s already happening.

It has been used to help soldiers from war cope with PTSD and in a 2019 Kangwon National University study it showed that Yoga Nidra can alleviate stress and improve self-esteem in university students.

We are sure you will have a beautiful experience at one of our Yoga Nidra classes on Wednesday nights at 7:15 pm or come and experience the Winter Solstice Workshop with Nichole on December 21st at 4 pm where she will start with a restorative yoga practice and Yoga Nidra!

Tips for Beginning a Meditation PracticeYoga 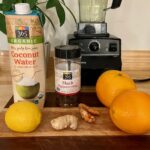